GOT A QUESTION? HERE TO HELP!

If you would like more information on one on one coaching, booking speaking engagements or podcasts, and any other services that Brian Gryn offers, feel free to reach out to him with your information below.

GET INTO SHAPE
X 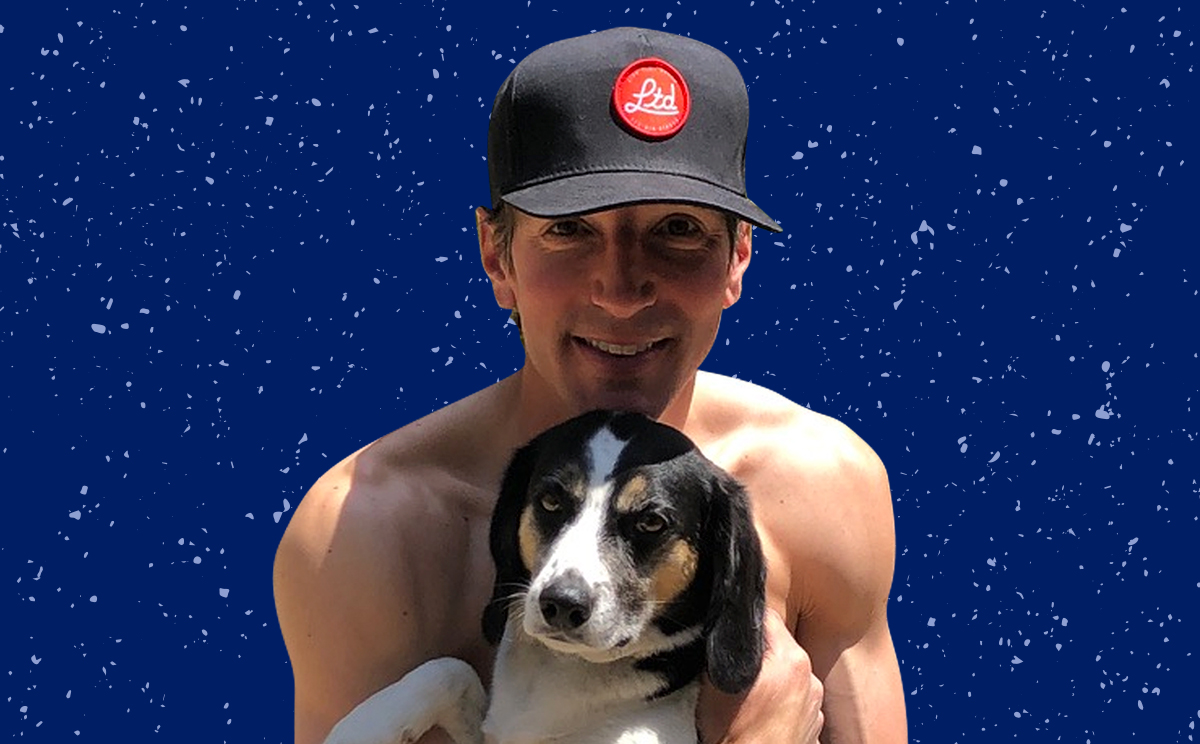 Interview with Dr. Anthony Chaffee: Are Plants Trying to Kill Us and How to Become a Carnivore! Hid

This week I discuss the benefits of a recent study comparing early time restricted eating vs later in the day eating. There have been a few recent studies looking at eating earlier in the day and how it can be effective for weight loss, fat loss, blood pressure and even mood regulation.

The author of this study wrote. “We tested a version of TRE called early TRE (eTRE), which involves stopping eating in the afternoon and fasting for the rest of the day. Because key circadian rhythms in metabolism — such as insulin sensitivity and the thermic effect of food—peak in the morning, eTRE may confer additional benefits relative to other forms of TRE.”

So I recommend trying eTRE for individuals who perhaps have plateaued in their weight loss efforts or are just looking to mix it up and do some self-experimentation. In this study the window of eating was between 7am and 3pm which might or might not work well for your schedule. You could try it a few days a week and do a normal schedule of eating the other days.

Hello and welcome to the Get Lean and Eat Clean podcast. My name is Brian Grin, I'm a certified health coach, trainer and author, and this podcast is for middle-aged men and women looking to optimize their health and get their bodies back to what it once was 10 to 15 years ago. I will give you simple, actionable items to get long term sustainable results. Thanks for listening and enjoy the show. All right, welcome to the Get Lean e Clean podcast. My name is Brian Grin. Hope you had a great weekend. Happy Tuesday if you're listening this on Tuesday and hopefully you're having some nice weather.

Chicago's been beautiful trying to enjoy this before the winter comes, and hopefully you'll listen to my last interview slash debate with Dr. Dom Dino and Jay Feldman. And I've had Don before wanted to get Jay on because they sort of have a different approach regarding low carvers, high carb approaches. And it was, it was, it was great. It was a great debate. They agreed upon a lot and I definitely recommend listening to it if you're curious to learn a little bit about, you know, the different approaches. You know, Dr. Dom was, was definitely geared more towards a clinical keto approach, which he's been implementing for a long time. And Jay's more from the bioenergetic field of eating.

So definitely check that out. I'm gonna have Jay on in a few weeks and we're gonna do a part two to this debate as well. So look out for that. And today I wanna touch on, you know, there's been a few studies that have come out recently showing the advantages of early time restricted eating versus eating, even if you're doing time restricted eating later in the day. I think for most people, and including myself, you know, when we think of doing some form of, of intermittent fasting, we think of pushing back breakfast and then having our first meal, let's just say around 11 or noon, and then our second meal maybe, you know, you could have three meals, you could have two meals depending on maybe what your goals are.

But either way, maybe your eating windows done around seven or eight o'clock. And this is the popular approach that also called like the 16 eight, like the lean gains approach. That was like the first one that sort of came about and I think this is effective. I think what's happening now is just this more research and studies coming out. And so I just wanted to touch on that. The one that I'm going to touch on is a randomized clinical trial that was done in August. And this was comparing early time restricted eating. These adults were, this was done over believe, it was done over a, let me just double check here.

14 week clinical trial from August of 2018 to April of 2020. And participates were participants were the age of 20 to 75, 25 to 75. So quite a wide range of ages. And it was just comparing early time restricted eating between like 7:00 AM and 3:00 PM and comparing that to later time restricted eating. And really, I'll just give you the sort of summary, the high level just so you can understand, because I think if you have been doing some form of intermitent fasting, let's say your window was between noon and eight and maybe you are feel like you're stuck or you're hit a plateau, this could be something that you could mix in.

You don't have to do it every day. And I always tell people there's not a perfect window. I think it's the one that sort of fits best in your schedule and your lifestyle. I mean, obviously eating dinner is an important sort of social interaction for individuals, especially in the United States. And a lot of times obviously we're eating with our families, so you know, you don't have to cut that out. But if you do feel like maybe you want to mix things up and try early time restricted eating this study showed that there was an overall improvement in blood pressure along with some help with weight loss. So if you are hitting a plateau, maybe give this one a try.

This was over a 14 week period and you don't even need to do it every day, right? You could have some days where you early time restrict, maybe you eat between 8:00 AM and 3:00 PM and then the other times if it works better for you, then you can push it a little bit later if you're gonna have dinner or you have a work, you know, maybe a work, I don't know, a work venue or work outing, you could do it that way. So really I think it does come back down to your schedule what fits best. But I wanted to just bring this to your attention because there, there has been sort of a lot of buzz in the health community regarding these studies that are coming out regarding early time restricted eating.

And for the most part, you are more insulin sensitive in the earlier part of the day than you are in the later part of the day. That's why late night eating does not go well for most people. So this one was 90 participants enrolled and they looked at, you know, body's body mass index. It was a mix of male and females and really the conclusion was that the main was is it's more effective for losing weight and improving di diastolic blood pressure and mood. That was a third one, which is interesting. Then eating over a window, that is later in the day. So that was the main conclusion from this study, which was in the, I could, I'll put a link in the show notes for it.

It was in the jam and it was, the title is Effectiveness of early Time Restricted eating for weight loss, fat Loss, and Cardio Metabolic health in adults with Obesity. So that's all I wanted to point out today was, you know, there's not a perfect window, but if you could probably eat when it's light out, that's probably the best way to go about things if you can do that, that now, you know now in Chicago, the winter it's getting darker earlier and earlier, so it's not as easy, especially if you're eating supper at six o'clock, it's starting to think at dark. But either way, this might be something for you to check out and try on yourself, even if it's for just a few days a week. So that's all I wanna touch on today and I hope you have a great rest of the week and looking forward to another great interview on Friday.

Have a great day. Thanks for listening to the Get Lean E Clean podcast. I understand there are millions of other podcasts out there and you've chosen to listen to mine and I appreciate that. Check out the show notes@briangrin.com for everything that was mentioned in this episode. Feel free to subscribe to the podcast and share it with a friend or family member that's looking to get their body back to what it once was. Thanks again and have a great day.

Schedule a free 15 min consultation
SCHEDULE TODAY
We use cookies on our website to give you the most relevant experience by remembering your preferences and repeat visits. By clicking “Accept All”, you consent to the use of ALL the cookies. However, you may visit "Cookie Settings" to provide a controlled consent.
Cookie SettingsAccept All
Manage consent

This website uses cookies to improve your experience while you navigate through the website. Out of these, the cookies that are categorized as necessary are stored on your browser as they are essential for the working of basic functionalities of the website. We also use third-party cookies that help us analyze and understand how you use this website. These cookies will be stored in your browser only with your consent. You also have the option to opt-out of these cookies. But opting out of some of these cookies may affect your browsing experience.
Necessary Always Enabled
Necessary cookies are absolutely essential for the website to function properly. These cookies ensure basic functionalities and security features of the website, anonymously.
Functional
Functional cookies help to perform certain functionalities like sharing the content of the website on social media platforms, collect feedbacks, and other third-party features.
Performance
Performance cookies are used to understand and analyze the key performance indexes of the website which helps in delivering a better user experience for the visitors.
Analytics
Analytical cookies are used to understand how visitors interact with the website. These cookies help provide information on metrics the number of visitors, bounce rate, traffic source, etc.
Advertisement
Advertisement cookies are used to provide visitors with relevant ads and marketing campaigns. These cookies track visitors across websites and collect information to provide customized ads.
Others
Other uncategorized cookies are those that are being analyzed and have not been classified into a category as yet.
SAVE & ACCEPT